It is thought that St Andrew's church was probably built around 1160-1170 (Norman Period). The walls are made of flint concealed by external rendering and internal plaster, the ceiling is also plastered.. The oldest part of the church is the nave with the chancel being built in 13th century and the gallery being built in the18th century.

Work carried out during the 1980's and the 1990's revealed some of the original foundations and evidence that the church has changed shape during it's long history.

A steeple once existed but was destroyed by fire after being struck by lightening in 1665. It was replaced by the cupola in the 18th century.

Many changes have taken place during the life of the church. In the north wall the fourth window (12th Century) has been blocked and work in 1994 revealed a blocked 14th century window. There have been many doorways to the church, the south doorway now in use is probably 16th century but was blocked at sometime being reopened in 1903 when the west door was blocked. A blocked (probably) 13th century north door can be seen outside and during work in 1992 a blocked south door was observed.

The church contains quite a collection of windows, one incorporating work probably from the 14th century right up to the latest being installed in the mid 20th century.

Items dating back through the history of the church and beyond can be found inside. The oldest being one of the earliest examples of a double piscina dated probably about 1200. Memorials can be found dating back to the 16th century.

A fine example of a relatively rare barrel organ built around 1830 by Bevington & Son, London is housed in the church, The barrel organ has now been repaired and is used during services. If you would like further details please contact the Churchwarden. The Compton Edwards electronic organ has been replaced by a Wyvern electric organ. 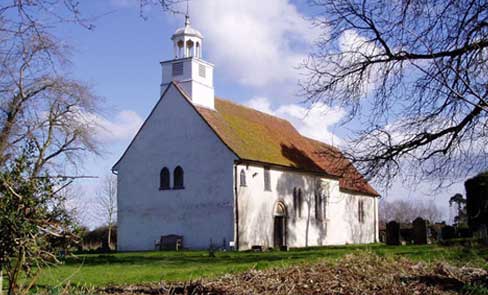 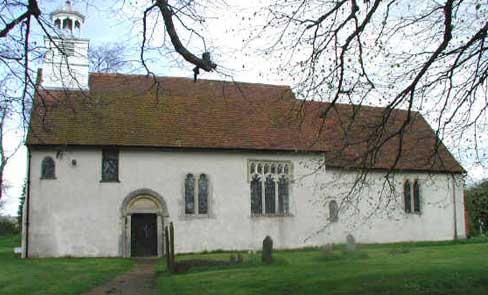 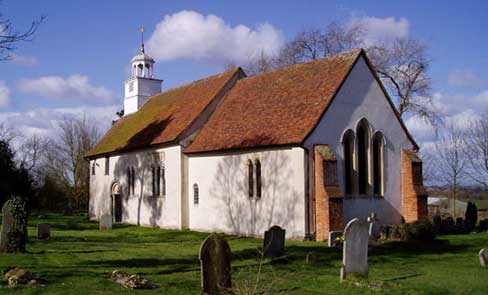